Designer, interior architect Ilkka Suppanen has been selected as the recipient of the Kaj Franck Design Prize 2020, granted by Design Forum Finland.

Ilkka Suppanen has made a long and successful career in the field of design and art. He studied both interior and furniture design at the University of Art and Design Helsinki and architecture at the Helsinki University of Technology. Suppanen made his breakthrough in the late 1990s as one of the founders of the Snowcrash group. Ilkka Suppanen has designed furniture, lighting fixtures and different consumer products such as glassware to several Finnish and international companies. His portfolio also includes architecture, exhibition design and art projects.

SIO Furniture Designer of the Year 2019

“Ari Kanerva (b. 1976) has created his version of modernism. Kanerva is an international designer, whose furniture designs have a certain "Finnish touch". He stands out as an enthusiastic, inventive and recognisable designer with his own distinctive style.” Ari Kanerva has designed Kaara,Tuttu, Pinta, Pii and Taite furniture collections for Vivero.

The Silver A' Design Award is a prestigious award given to top 5% percentile designs that has achieved an exemplary level of exellence in design. 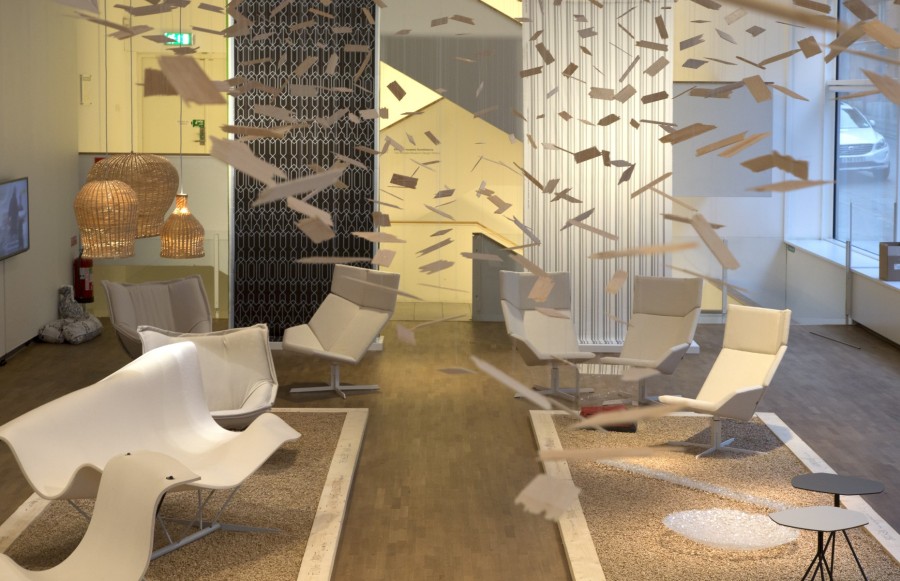 “In Ilkka Suppanen’s world the complicated is made simple, and the simple large. With trust and a humanistic eye, he puts substance before style and person before design”. 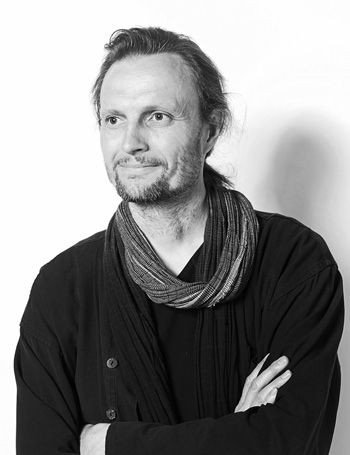 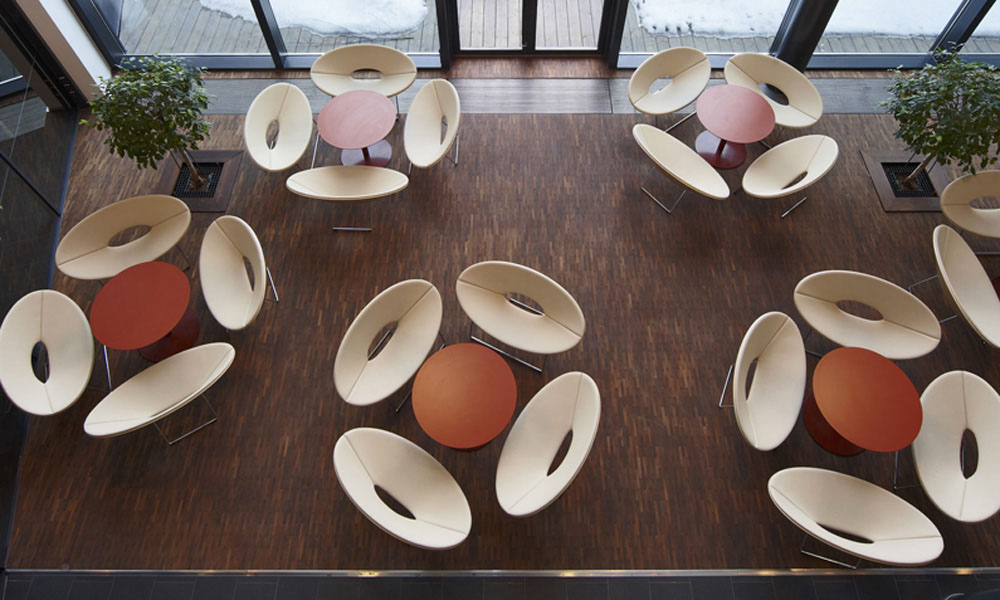 The Finnish Association of Interior Architects SIO has selected the ELLIPSE chair as its 2009 Furniture of the Year. This honorary award was presented in the Ahead! Design District of the Habitare 09 trade fair on 9 September 2009 to the designer of the chair, SIO Interior Architect Timo Ripatti, and to its manufacturer, Vivero Oy.

The award committee issued the following statement explaining its choice:

“Timo Ripatti’s work exemplifies the confidence and contemporary vision of a characteristically uncompromising designer. As a three-dimensional item, ELLIPSE is graphically and sculpturally well balanced. The dimensions of the chair have been considered with great care and its details have been settled with firm resolve. The minimalist lightweight leg structure emphasises the plasticity and powerfully independent form of the seat. The technical aspects of manufacture are of the highest standard and the item is fully finished in every detail. ELLIPSE is ideally suited to its purpose of enabling impressive seating arrangements in public buildings.”

The Asko-Avonius Prize by the Asko Foundation was awarded to designer Ilkka Suppanen on September 8th 2009 for his significant work in developing Finnish furniture and interior design.

In selecting Suppanen, special attention was payed to his versatility within product design, architecture and graphic design. The Asko-Avonius Prize is granted every third year and its receiver is chosen by the board of the Asko Foundation. 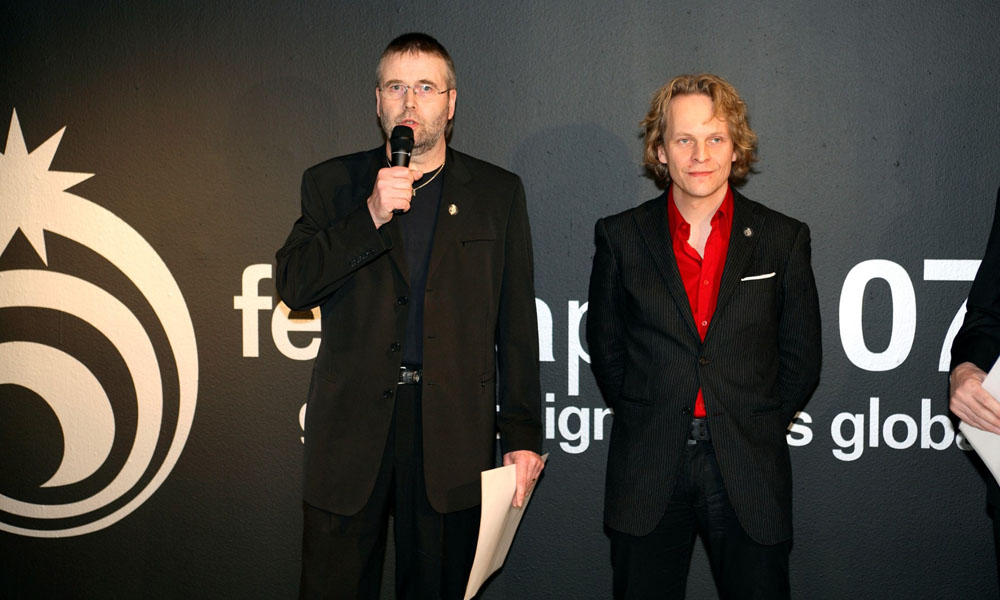 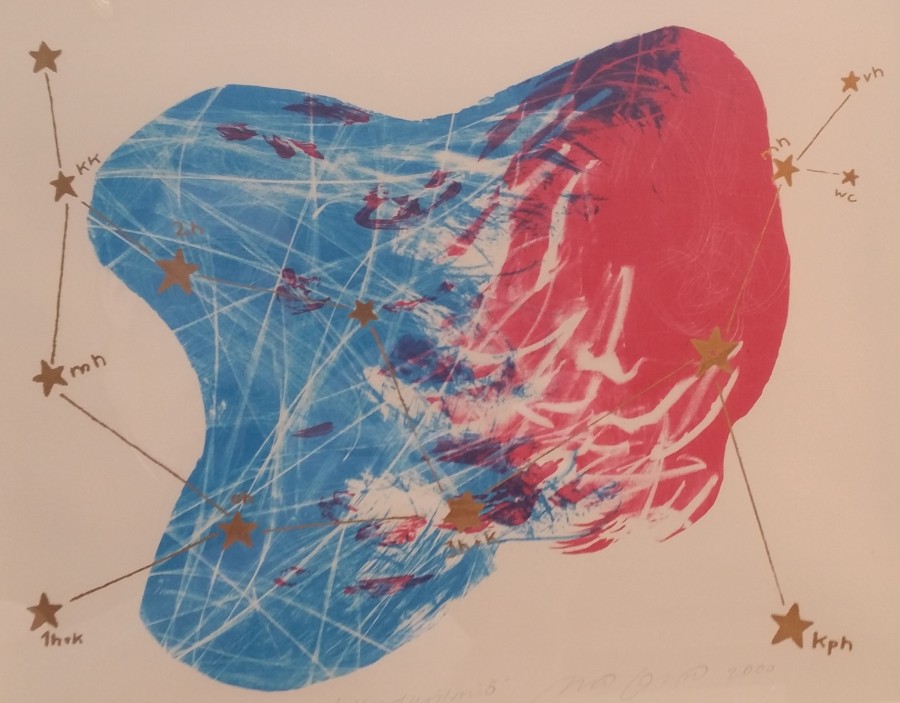 “A strong sign of our time is the phenomenon of the designer driven company Vivero. For decades Vivero has predicted the future by developing its production processes and its innovative image. Vivero has the abitility to incorporate the creative work of designers into the business activity.

The Vivero furniture collection is also worth a honorary. It represents a clean and modern design including comprehensive and continuous furniture. The Vivero contract furniture is characterized by exceptional humour and material combinations; the designs also suit modern private homes.”

The Asko-Avonius Foundation has awarded interior architect Simo Heikkilä and professor Yrjö Wiherheimo the Asko-Avonius Prize in the year 2006 for their significant work within the field of interior and furniture design. The Prize ceremony took place on May 17th, 2006. The Asko-Avonius Prize is granted every third year. In the Prize motivation the Foundation mentions that Heikkilä and Wiherheimo ambitiously has concentrated on developing the Finnish furniture design and the use of wood in looking for new applications. They have worked both together and separately in addition to teaching within the profession.

“Ilkka Suppanen has been awarded the Bruno Mathsson 2006 Prize. Ilkka Suppanen has as a designer and architect successfully cared for and developed the innovative, functionalistic scandinavian design tradition. With his creativity and professional ambition, he tests new materials and new technologies in an unconventional way. Ilkka Suppanen is one of those young Finnish designers, who with local sense and global perpective will continue the international story of Finnish design.” 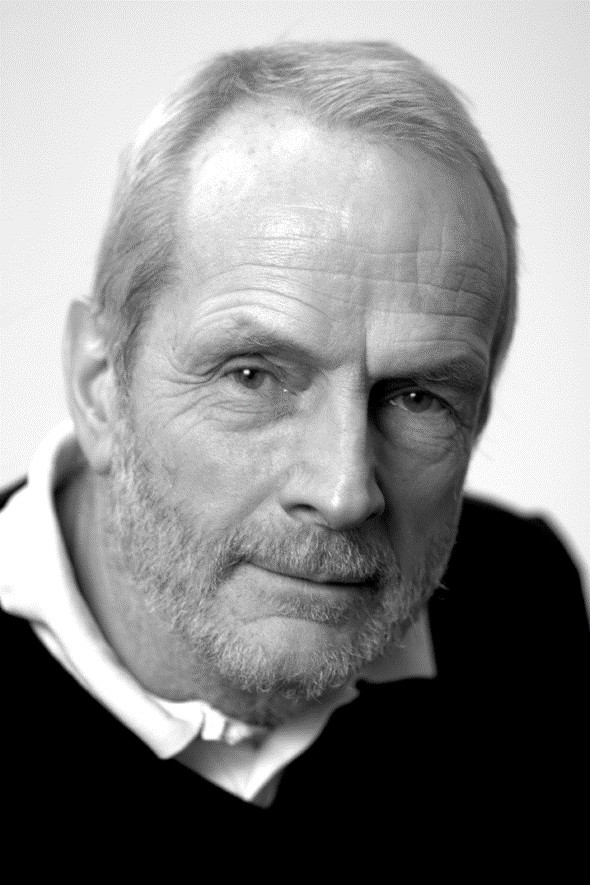 Awarded to Yrjö Wiherheimo by University of Art and Design Helsinki.

Ornamo Art and Design Finland is an expert organisation for designers.

Graphic Designer of the Year 1999

Aimo Katajamäki has created the Vivero graphic programme and several posters. Aimo Katajamäki has received the "Junior of the Year" award by Grafia in 1992 and he has been selected the Graphic Designer of the Year in 1999. The University of Art and Design in Helsinki awarded him the "Pallas Athene" Prize in 2007. Aimo Katajamäki won the award of the Best Poster during the 20th International Poster Biennale in Warsaw 2007. The poster series Vivero's "Funny Furniture Animals" was then awarded the Gold Medal. 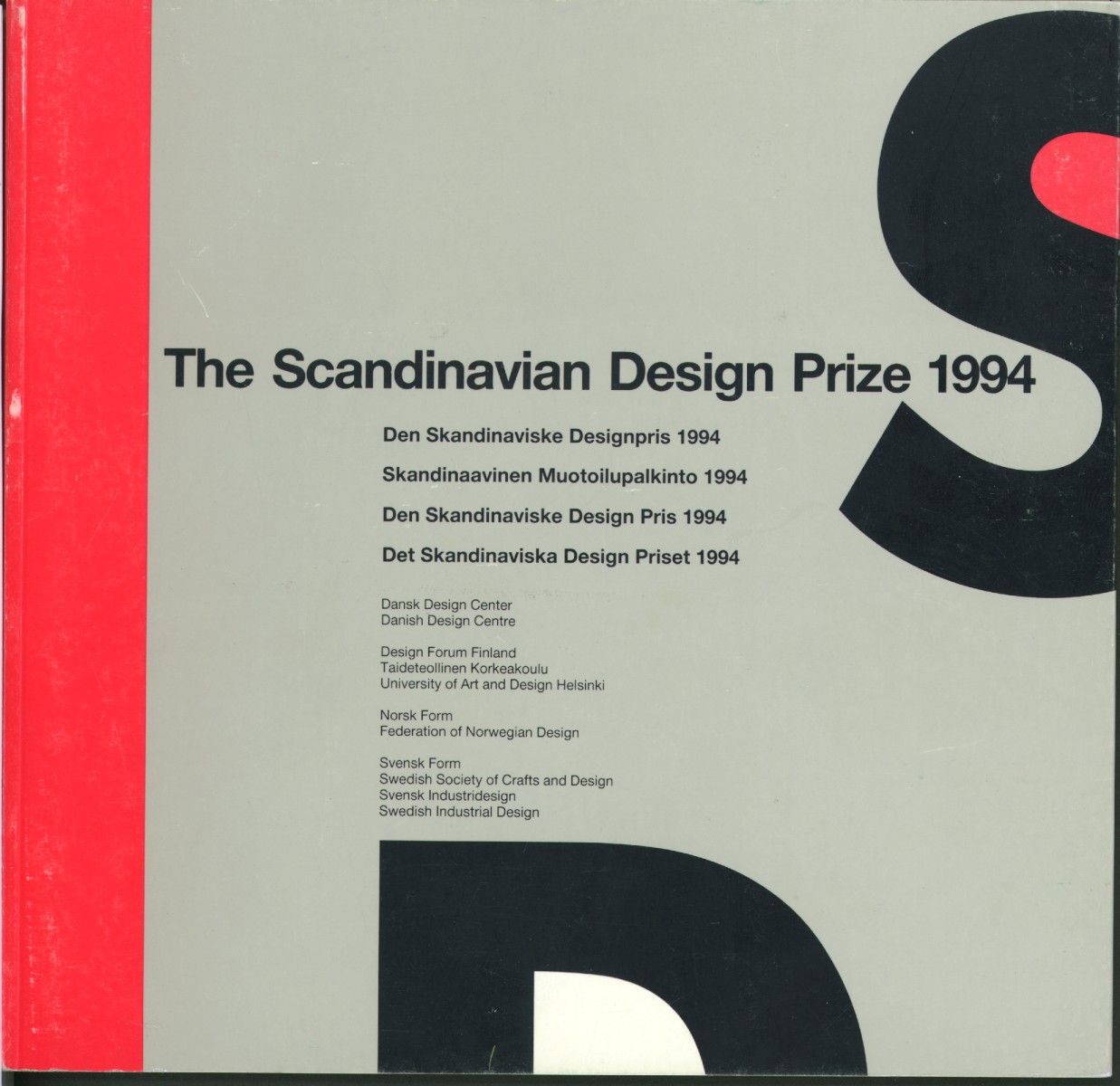 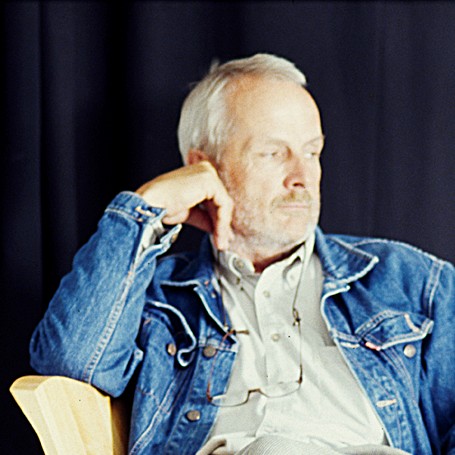 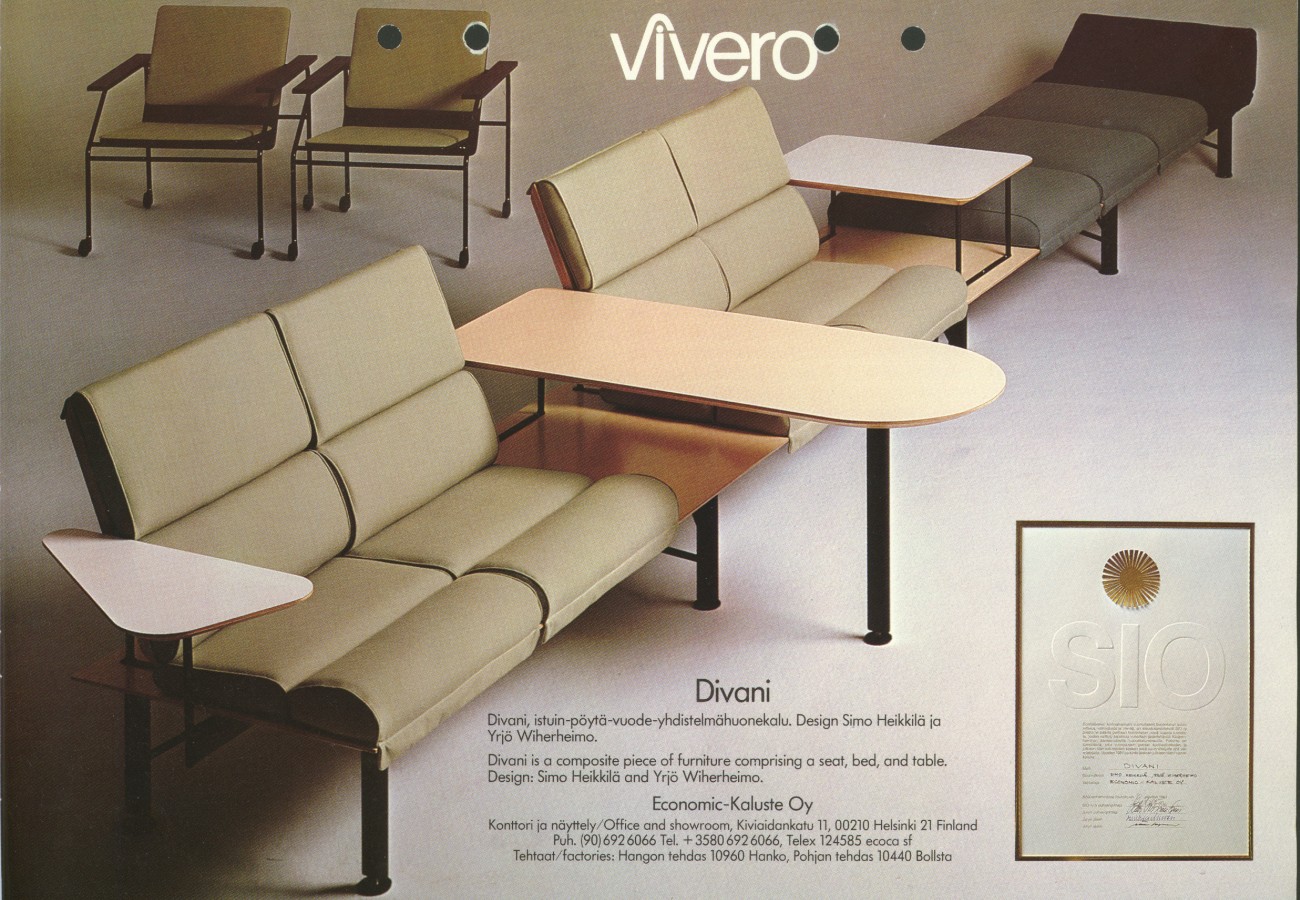